So we're well into April and this year is truly flying by for me. As March rushed to an end, I thought it was a good time to reflect on how my year is going so far. At a quarter of the way through, am I on track for the things I want to achieve?

It's going ok so far.

One of my goals for this year (and an easy one) was to complete my 50th parkrun, which I did a few weeks ago. I'm waiting to be presented with my free t-shirt, and meanwhile, I'll start working on progressing to 100 runs...

I've also met my other parkrun goals - to run in a different location - done here - and to run with Emma - she's done 2! 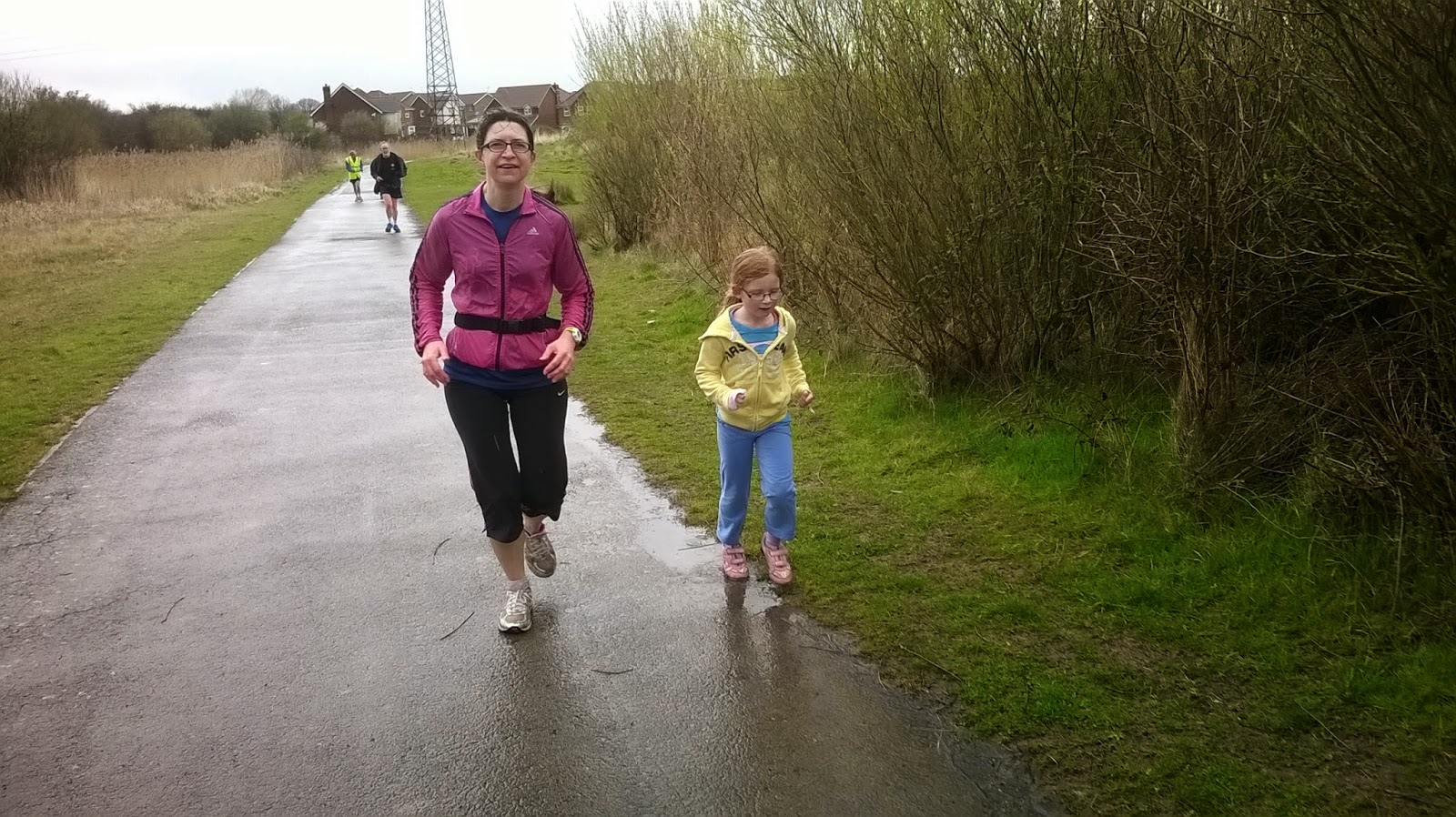 I was hoping for a few PBs too, and so far I have beaten my Half Marathon PB, with my 1.56 in Brighton in February. Another goal was to run 4 Half Marathons and I've done 2 so far, so I suppose that's on track. I'd love to think that I could go faster again... Another goal was to run 8 races, and I've only done 2, but I've got lots of ideas of others I want to do! I really hope I can do more races this year, as 2013 was a bit rubbish on this front.

My mileage goals are not going too badly. My aim was to run 1000 miles in total this year - or at least get as close to that as possible. I don't think I'll quite get there, but by aiming for that distance, I am motivated to try to average about 20 miles a week, which is good for me. Recently I have been doing that mileage consistently, but January took a while to get going and was quite low numbers.

As for biking, I'm aiming for 500 miles. So far I've cycled 55 miles to the end of March, and in fact most of those miles were cycled in March. With the better weather, I'm hoping to build that up quickly.

At the moment it's Easter holiday time, so it's been more of a struggle to fit in bike rides and long runs while the kids are off school. The weather has been AMAZING recently though, so we've had some lovely walks, and I can't wait to get stuck back in to consistent running and biking soon!