A Race at last!

It's been about 7 months since I last ran in a race! Due to injury and busy-ness I didn't do any races in the second half of last year, but tomorrow it's Half Marathon time!

I entered Brighton Half Marathon last summer, when a non-running friend of mine told me of her plan to take up running (with me), build up her distance, maybe do a 10k, and then run this Half. She wanted to run for a charity close to her heart. So we both entered and paid, and a few weeks later, she found out that she was pregnant!

She now has a gorgeous 6-week old daughter, while I have an ugly green race number that forces me to start at the back of the crowds, in the 2h30m+ group. Oh well. 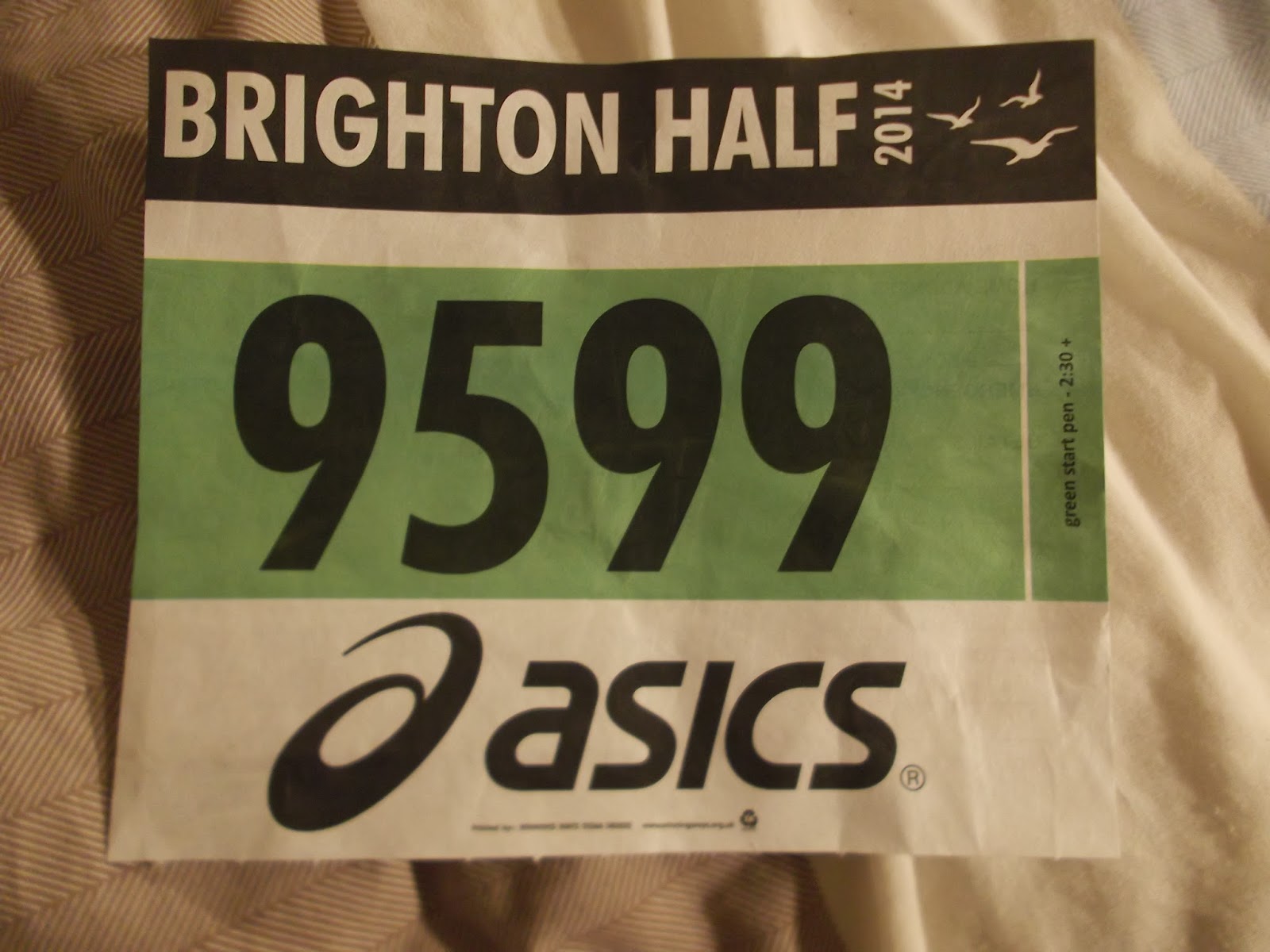 The last few weeks in the UK have been stormy and wet. There has been appalling flooding, with entire villages cut off, as well as people being killed and injured by falling trees and buildings in the gales. Many races have been cancelled due to the weather, so tomorrow I will just be grateful to be there - to have escaped relatively unscathed, and with the race still on.

It's supposed to be a fast, flat course, although it's all along the seafront so the wind could be a factor. It's also big - about 10,000 runners I think, so crowds could also slow it down. I'd love to get a good time, but I'm really not fit enough to beat my PB at the moment. However, I'll be aiming for the following; A goal - sub 1h58m; B goal - sub 2 hours; C goal - happy to be racing again and seeing this as part of my preparations to smash my PB later this year!
Posted by Liz at 21:53