Over the last couple of months, I've done less running than usual but tried to stay active! From the start of 2015 I've been determined to do more cycling, as I'm usually disappointed by the small number of miles covered on a bike at the end of each year.

During March, the kids' school had an initiative where they were challenged to cycle or scooter to school every day for 3 weeks. If I joined them on my bike, they could earn points towards the challenge, and this culminated in a breakfast at school one morning - free food and drink for bikers!

So I was enjoying lots of cycling until I went for a ride at the end of March and got a puncture. I had to sit on the bike and slowly trudge it home over 3 miles and that was that for a while. I've just finally repaired it though (or at least Pete has), so will be back out soon!

Then we had 2 weeks of Easter holiday to enjoy. The whole family had time off work and school, and we went up to Derbyshire for a few days. We were lucky to see some fantastic weather, and the first signs of summer - hooray! So we did lots of walking and had a great time.

On our first day there, we did not one but 2 hikes. The first was a loop from the Monsal Trail in Bakewell, up through hilly farmland and back down into the town. It was muddy and fun!


After some lunch we went to the town of Buxton, where we walked up a hill and came out at this fantastic area of hilly land with a folly (Solomon's Tower) at the top. It was a beautiful landscape with wide views around the countryside and we went back again a few days later - we loved it.

On our last day, we followed a walk from a paper guide. We traipsed through muddy forest, along a river with a waterfall and went up and up. Eventually we came out at a spot called Monsal Head where there was an amazing view down the valley below. It was spectacular, partly because we'd had no idea that view was coming! 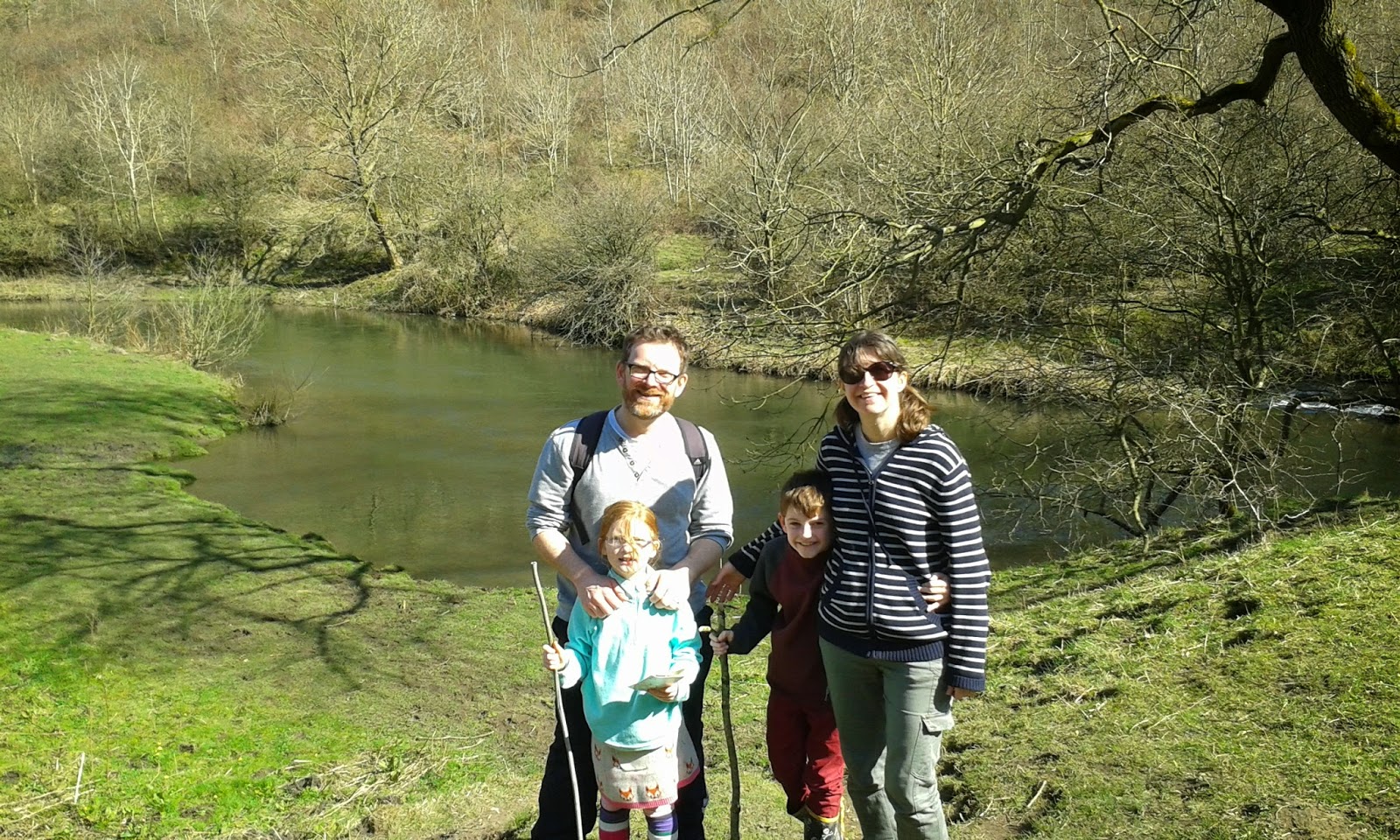 We popped in to a tea room before heading back, and it was a tough walk with steep climbs, but the kids did really well and didn't moan too much!

When we got home, we managed to fit in one more walk. This was along our familiar neearby cliffs, but a part that we hadn't been to before. We took a picnic, which was good fun, and had another lovely walk.