Reasons why I've been too busy to blog...

I think this may be the longest I've ever gone between posts since I started blogging. The only reason for this pause is that I've been too busy, and blogging is one of those things that has had to go. So to catch up with things, here is what I've been doing instead of blogging over the last 3 weeks:

Celebrating an 80th birthday with a family weekend away,

Then later that week was school sports day, in which Emma won the sprint by a huge margin as well as the egg and spoon race, and Robbie didn't mind not winning anything. That evening though, he took part in a school swimming gala. Most of the children were the older ones, but there was just one race for Robbie's age group. Not only had he been chosen to take part, he also won! It was a great evening, and we were extremely proud. Robbie was pretty laid back about it all as usual. 'I wasn't even swimming as fast as I can,' he shrugged. 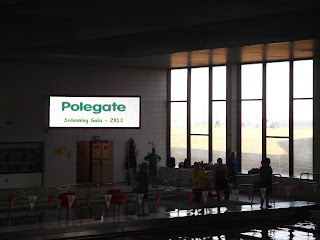 The following weekend Robbie did his second parkrun, and we ran together again. The weather here has been unusually hot recently, and we both struggled to keep cool. He was only about 20 seconds slower than the previous one though, and said he enjoyed it.

Last week I did my last of 3 weeks of teaching a summer school, and it was great to have that finished. I struggled to keep on top of all the kids' various needs as well as work and have just felt rushed off my feet.

After about 10 days of hot, sunny weather, I finally got to the beach with the kids last Saturday, when the clouds came over and there was a strong breeze. It was still nice and warm though, and we had a great day of paddling, relaxing, wandering along the beach and collecting pebbles. 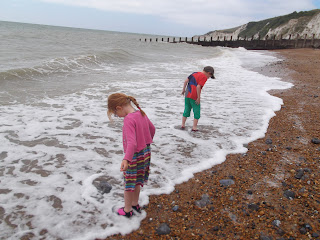 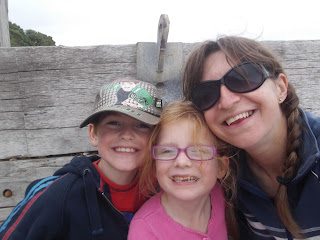 Finally, I went to Cambridge on Sunday evening for a day of work training on Monday. It was a hot and sticky train journey but when I arrived, I had time for a quick run round the beautiful city centre before dinner. Then I had a really interesting day on Monday in a comfortably air-conditioned room.

And now I've finished work for the summer! The kids have their last day at school tomorrow and then I can't wait to have some fun days with them - yay!
Posted by Liz at 20:57