Wow, it has been a while since my last post! I've just been finding it really difficult to make the time for blogging in the last week or so. Partly because for the last fortnight I've been busy reading this: 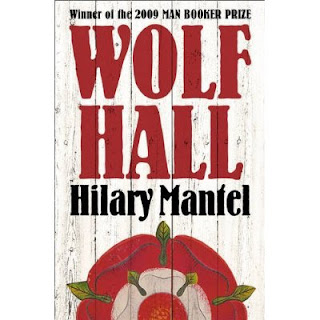 - all 650 pages of it. I enjoyed it, but the writing was small too, and it took me a long time to get through it. I'll definitely read the sequel when it's published though.

So anyway, I think our family is always ill around this time of year, and 2011 has been no exception. Since having a weird illness a couple of weeks ago, I've just been feeling exhausted, and the kids and Pete have all had their share of coughs and colds recently. However, I am definitely feeling better now, and hopefully the constant stream of green from Robbie's nose will be gone soon (yuck!).

Last week I got back to a good week's running. I started with a 7 mile run on Monday. This was a mile down on my last long run, but I'd had a week off due to being unwell, so I thought I'd play it safe and not push too hard. It felt comfortable and enjoyable, at 9.30min/mile pace. That seems to be about my favoured speed for longer runs.

On Tuesday I had planned a bike ride in the afternoon, but somehow it didn't happen. Having been away for the weekend, I had a lot of washing and cleaning the house to catch up on, but cycling's loss was running's gain, as I went for a run in the evening instead. It was just a short one, and my Garmin refused to pick up a satellite, but I'm sure it was at least 3 miles.

On Thursday it was a good session at the club, where we ran figures of 8 round the houses - 1 loop hard followed by 1 loop recovery. With warm-up jog there and back, it ended up as 5.5 miles. I was with 3 other women and we turned out to be a good match for each other, which was really helpful for keeping me going!

On Friday I fitted in a 10m cycle, which was all around fields and farms - a route I'll definitely take again. Then I ran a fast 5k on Saturday morning. It didn't go too well though as I felt great for the first half, then turned around and realised that I had been benefitting from a tail-wind which was now against me. It was really tough, and I was tired, and I ended up stopping to catch my breath after 2 miles. I only walked for a minute or so, then completed the run, but it was still pretty fast (for me) - 26m29s for 5k - which indicates that prehaps I went too fast at the start.

Next weekend I have signed up for a 5k race! It's Ladies only, and there are a few walkers taking part, so I'm hoping to be near the front of the field for once! So I'm not sure how I'll train this week - not too big a mileage, and a couple of days taper maybe.