Water, Swimming and Me

Somehow I didn't quite manage to learn to swim when I was a child, well not properly anyway. My Dad used to take my sister and me to the pool at the weekend, and we mucked about in the water having fun. I became a good enough swimmer to survive in deep water and I think I got my 1 length badge at school, but never quite made it to 2 lengths (50m).

Unfortunately my preferred swimming stroke has always been doggy-paddle, at which I am quite proficient, and a kind of head-sticking-out-of-the-water version of front crawl. I've always just been scared to put my head in the water. 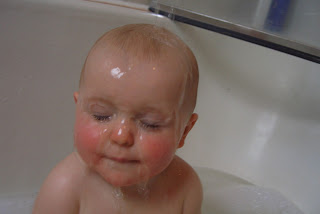 I hated swimming lessons at school, and I often tried to avoid them with an invented verrucca, cold, or 'lady problem'. I can clearly remember one lesson when we were told to swim underwater when the teacher blew the whistle. When I heard the whistle I just carried on with my head up, ignoring the teacher, and she blew the whistle over and over again. Even embarrassment couldn't make me want to put my head in.

As an adult I've never been afraid of water, and would occasionally go to a pool or splash about in the sea at the beach.

From 2001 - 2004, Pete and I lived in Spain opposite an amazing Olympic swimming pool. It was a legacy of the Barcelona Olympics, and had a 50m length pool with a retractable roof - it was the business. We started going regularly, and Pete managed to encourage me enough to put my head underwater. The big revelation came when I borrowed his goggles - I found that being able to see underwater took away most of the fear, and it really wasn't as bad as I'd thought. I got to the stage where I could go under the water, but I didn't quite get up to swimming underwater.

After we left Spain, I spent a couple of years having nothing to do with swimming. Then the kids came along. When Robbie was a baby, some friends of mine paid for expensive swimming lessons for their babies, but Pete didn't see the need for that. We took Robbie ourselves, and Pete would dunk his head in and get him used to the water. As a nervous nelly, I would never have had the confidence to teach a baby to swim, but Pete is a water-baby himself and knew that he was doing the right thing.

We took Robbie regularly, and he learnt to swim with us. Then Emma came along, and Pete did the same with her. As the kids got older, they started having swimming lessons, and as Emma learnt to swim short distances, Robbie started developing great style with breaststroke and crawl. They both  love being underwater. 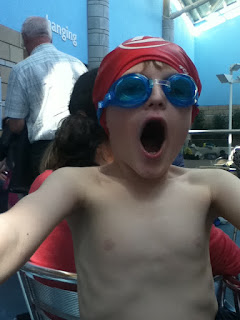 It was becoming clear that my young children could do a lot of things in the pool that I couldn't. To see Emma (age 4) fearlessly swim down to the bottom of the pool while I kept my ears dry made me think it was time to act.

So at the beginning of this summer, I bought some goggles, and got to work. We have been to the pool most weekends, and Pete has been patiently teaching, encouraging, and sometimes shouting at me to get my head underwater. Since being in Spain I had gone back to square one and had to start again.

But gradually I built my confidence, and when I was confident of putting my head in the water, I started trying to do a proper breaststroke. Pete showed me what to do, and after a few goes I could swim a width!

Then a few weeks ago, something amazing happened - I swam a length with proper breaststroke putting my head in and out of the water! It was really great as the family were all swimming along behind me shouting encouragement - Emma on Pete's back when she got tired. Then I did it again, and again, and this week I went to the pool on my own, and swam 18 lengths (450 metres)! 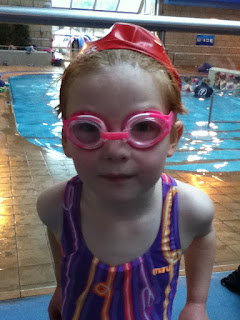 Ok, so I stopped in between each one for a rest and it took me about half an hour in total, but I am making progress! It's wonderful to be able to see swimming as an actual sport, rather than just bobbing about in water as I used to do.

But the most brilliant thing is to go underwater with Robbie and Emma and watch them swim, do somersaults, dive and generally enjoy themselves. It's opened up a whole new world to me!

I have a long way to go, but I'm going to keep practising. My next goal is to swim 2 lengths without stopping for a break, and also to learn to swim front crawl properly. After my 18 lengths of breaststroke on Tuesday, I had a really bad backache, and I think I must have strained something. In fact a couple of years ago when I was seeing a physio regularly, she told me to avoid breaststroke because of the slight curve in my spine. I laughed and said 'I don't swim'. How things have changed... 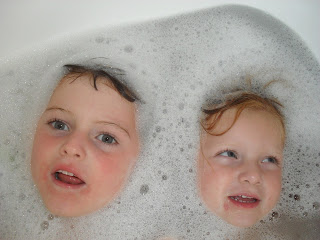