A run for fun

I usually do a 3-miler or 5k at about 7am on Tuesday mornings before Pete goes to work, but today he was away early on a work trip. Luckily the kids had a couple of hours with the childminder this morning, so I planned a slightly longer run than usual. It had been raining, but the sun started to come out just as I set off, and it ended up being a beautiful day.

As I mentioned in my last post, I've been finding the shorter runs the toughest recently, as I don't seem to warm up until I've nearly finished (sometimes not until I'm in a hot bath afterwards) and whenever I'm doing a short distance, I feel as though I should be pushing my pace. Anyway, I planned a new route, which was mainly through the local country estate - off road, under trees, great views of the water, the bridges, fields and a stately home. 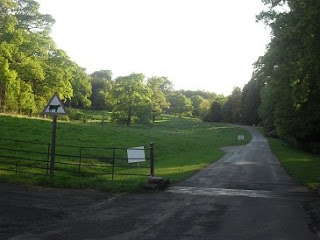 This route included no fewer than 4 cattle grids!

It was FANTASTIC! I wanted this to be a run about enjoying running, rather than a timed training run. I've been feeling a bit too focused on improving my times, and getting grumpy if I run too slowly, which misses the point of this being a hobby I do for fun. So I tried to go fairly slow and steady, and avoided looking at the Garmin as I ran. The funny thing is though, when I got home, I found that my pace had actually been pretty fast - total time was 46m14s, and most miles were around 9 mins, it was just the massive hill that slowed me down to 9.53 on mile 4.

So what does this tell me? I'm getting fitter and faster? I run faster when I don't check my pace every 10 seconds? I run better when I'm enjoying a nice route? It was a fluke? Who knows. I just know that I love having goals and working towards them, but every so often I need to forget the PBs and remember the pure pleasure of a good run. Marvellous. 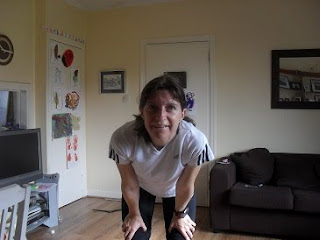 A very happy post-run bunny
Posted by Liz at 19:49