All of a sudden it's definitely autumn and summer is gone. In a very short space of time, the temperature has plummeted by about 10 degrees C and I've had to change my running and cycling wardrobe. Just a couple of weeks ago we were walking round in t-shirts, and then yesterday morning I had to scrape the ice off the car before I did the school run! It's been a bit of a shock to the system. 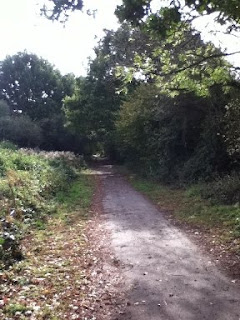 Last night I went to my running group. I thought I'd better not go overboard with winter clothing as it's only October, so I wore capris, a t-shirt with medium length sleeves and a sleeveless jacket. When I arrived I was pretty cold, and observed that I was one of the least warmly-dressed of the runners. Some people were in hoodies, jogging bottoms and gloves. Considering I am the sort of person who always feels the cold and wants to switch the heating on immediately at the end of summer, I wondered if I had overdone the hardiness and underdone the warm clothing. However, as soon as we were running of course I was fine, and warmed up really quickly.

I was also perturbed to see that it was a very small group last night, and others were discussing how numbers tend to drop off in cold weather. I can understand being put off by heavy rain, but running is such a great way to keep warm when it's cold! Why wouldn't you move your body and get sweaty to warm up and deal with winter blues?

I love a crisp, cold, winter's day run, and as all you runners know, there's not much that a woolly hat, gloves and plenty of layers can't cope with. There is a saying I like that goes 'Champions are made in the winter', which refers to all the training that elite athletes do in the dark, cold months before the major marathons and other events of spring. I first heard that when I was training for my marathon in May 2010 - it inspired me when I was plodding through snow-covered streets on dark, chilly mornings in January and February.

Of course a change in temperature also means that you have to go shopping for more running kit - yay! I can't wait to get stuck into some winter running. 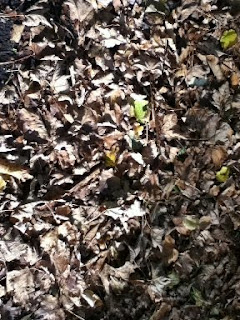