There's a title I never thought I'd use for a post. The weather in the UK last week was record-breakingly hot. It was glorious sunshine all week, culminating in temperatures around 29 degrees Celsius at the weekend. Fantastic, I love it, as long as I don't have to work in it. 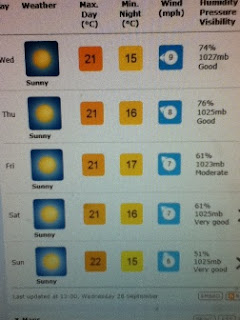 After last weekend's 10k race, I had a few days off. I was achey on Monday, then it was Robbie's birthday on Tuesday so we were celebrating him turning 6. 6!!! Unbelievable. I finally ran on Thursday, with the local running group again. This was my 3rd time there, and we ran figures of eight, with one loop run hard, followed by a loop of recovery. We did this 8 times, and I felt that I was running pretty well. No doubt a few days off did me good. On Friday I enjoyed a really good 10m cycle in the sun, and on Saturday morning, I did an exploring run, where I ended up running over the bumps of a BMX track. This was not intentional, not much fun, and I won't be venturing down that path again.

As for the month of September, it turned out to be the month of getting back into a routine. After the chaos of August, (i.e.moving house), I stepped up the running, did only my second race of 2011, and bought a new bike!

Injuries and illness permitting - I seem to get constant niggles in my feet and I've got a cough and sore throat today - I would like to keep up the number of times I'm running and cycling each week, and increase the running distance to include a long run each week. I haven't run much over 6 miles since September LAST YEAR when the plantar fasciitis first hit, so I'd love to be able to run 10, then 13 or so miles without injury. I'll be taking it steady though - any heel pain and I'll attend to it straight away! 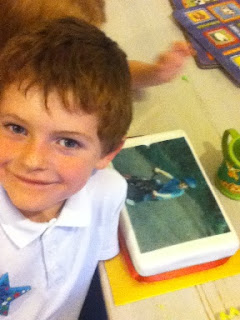