Well November was not a bad month, despite a few days of illness which stopped me working out for almost a full week. Surprisingly I managed to fit in the same number of runs as in October, although I did a lot less cycling to make time for that.

That's only 5 miles fewer than I ran in October, which means I'm still doing a lot better than the rest of 2011. I didn't cycle as much as I would have liked, partly becuase I wanted to run more, and partly because of a couple of trips Christmas shopping which took priority when I had child-free time on my hands!

I'm quite happy with what I did last month though - I increased my long run to 8 miles (my furthest run in 2011), I focused on speeding up on shorter runs, I did a couple of really good sessions with the local club, and I found more picturesque routes for cycling. Interestingly I did all my long runs on Monday mornings (when Emma is at nursery), and only ran once on a weekend day! That was because we were away every weekend - I didn't spend one Saturday night in my own home throughout the month!

I haven't got any races planned in December, so I'm really focussing on maximising the enjoyment of running. I don't feel the need to do any tough running sessions like long runs or speedy sprints, I just want to revel in being out there in the cold, feeling fit, healthy, uninjured (fingers crossed) and lucky to be running.

No doubt various Christmas events will be getting in the way all month, but I'm going to fit in what I can. Speaking of which, this week we've already enjoyed a school nativity play: 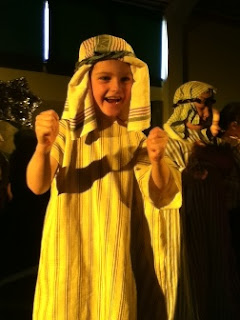 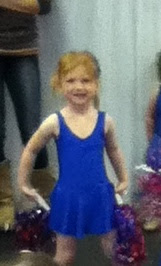 Bring on the festivities!
Posted by Liz at 20:00