I'm back! Had a fantastic long weekend with all the family, and as with any good holiday, we have all come home exhausted, a little bit unwell, and with a load of washing and tidying to be done.

As I mentioned in my last post, this was a trip to celebrate my parents' 40th wedding anniversary. They had organised for 15 of us, plus 3 children, to stay at Center Parcs for a long weekend. I'd never been to a Center Parcs before, but it turned out to be really good. 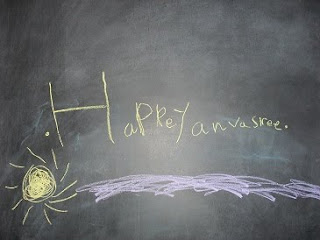 Robbie wrote this on Mum and Dad's wall!

We arrived on Friday afternoon, and unpacked into a cabin in the pine woods. Pete, the kids and I were staying with my sister, her husband and their 6-month old baby. We spent the afternoon wandering round the site and in the evening, everybody gathered at our place, and there was a lot of consuming of beer and wine. I was actually pretty restrained, and it was mainly the older generation who got hammered - tut. 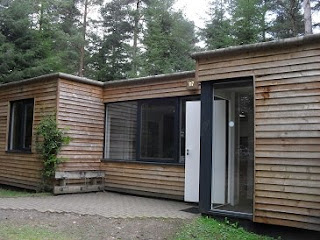 Our house in the woods

On Saturday morning my sister and I got up extra early (despite her baby's wakefulness in the night), because we had booked a session of aqua-aerobics. This was something I'd never tried before, although Hannah had done it a few times. When we arrived at the pool at 9am, we found that we were the only 2 in the class! Luckily the instructor decided to do it anyway. We went outside in an open-air pool. The air was quite chilly, but the water was really warm, and every so often the sun came out, which was lovely. It was good fun, and more demanding than I had thought. I even had some low level DOMs in my arms and abs the next day.

The session ended at 10am, as the pool opened for general swimming. Suddenly there was a huge number of people pouring out of the changing room into the pools. As the pool is one of the few free activities, it was extremely popular, especially with families. I'm not sure I'd want to stay there at the height of summer, as it must be so crowded. Anyway, we joined our kids and the rest of our family for some splashing about.

That afternoon some of us strolled round the shops, and others had a nap. It was all very relaxing. We then got ready for a celebration dinner, as Saturday was my parents' anniversay. The meal turned out to be really good. The food was delicious, and the kids behaved well, despite being very tired. 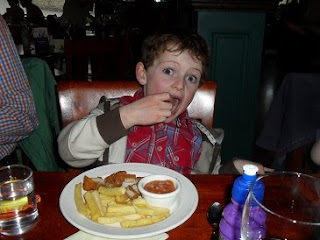 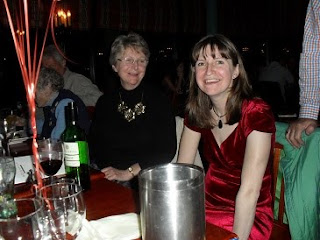 On Sunday the children yet again refused to have a lie-in. While they went swimming again, I went off on my own to fit in a spot of abseiling! I have always wanted to abseil, I don't really know why, so I thought I should take the chance. It was quite a short way down, but the first time I stood at the top and they told me to lean back, I was really nervous. I really enjoyed it though, and felt that I was getting the hang of it by my 4th (final) turn. I just wanted it to be a bit further, as the faster and more confident you got, the quicker it was over. 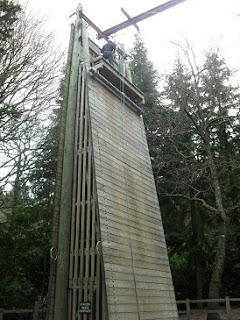 Later, we all got together again for some ten-pin bowling. This is something I am hopeless at, but it was good fun.

On Monday morning I got up a bit early, and managed to fit in a short run. I was so tired that it was a feeble effort - I managed less than 3 miles, was slow, and walked up a steep hill - but I knew I'd regret not running through the woods and round the lake if I didn't. We had to leave early, then flew back up to Scotland in the afternoon. Unfortunately our flight was delayed and we had a lot of waiting around. By that point I was absolutely shattered, but it could have been worse. There were a couple of babies on the plane, and I felt sorry for their parents, trying to keep them quiet.

Since we got back we have all been a bit sniffly, the kids have bad coughs, and I still need to catch up on sleep. I've also got really bad aches in my arms - it must be from the abseiling, although it didn't seem hard work at the time. I suspect it was the climbing up the ladder to the top that did it. It was all worth it though. Thanks Mum and Dad - we had a great time! 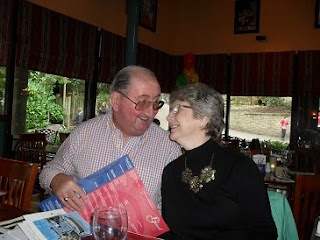