After the write-off that was January, I have had a much better February. I was aiming for regular gym visits and cycling, and I've been working out 3-4 times a week, on average.

Last week I managed 2 trips to the gym. On Friday I forgot my headphones, and I was really annoyed as it meant I couldn't watch morning tv while training. But I learnt something interesting - while I was on the cross-trainer, I found myself more focused, and soon realised I could go faster than I usually do. I ended up completing 5km in under 23 minutes, when it's normally more like 26-27 minutes. If only I could run it in that time! So in future trips to the gym, I'm going to have to decide whether I want the enjoyment factor of zoning out and watching tv, or slight boredom mixed with better training. Tough choice.

I also had a sneaky run - 10 minutes on the treadmill. It was hard work, and so slow, it made me realise that if/when I get back to running properly, it might take a long time to get back to where I was before the injury. Anyway, my foot felt fine, but I'm not ready to up the miles yet. It's far from recovered, but seeing as it's not improving anyway, I thought I may as well get the benefits of a little run as well.

I only cycled twice last week - one ride of 7 miles and one of 8 miles. Both times I followed a similar route, but there was a huge difference in the weather. The sun has finally reappeared, and it was fantastic to go out in sunshine yesterday. I have missed it so much! In the last couple of days, we have suddenly gone from this: 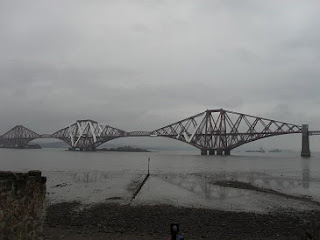 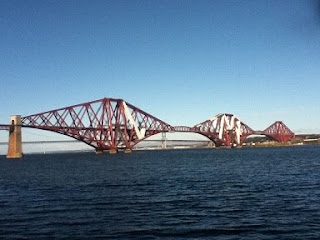 So in February I cycled 67 miles in total, and went to the gym 8 times. Not bad considering I had to build up gradually after 'illness-January'. Long may the sunny days, bike rides and fun in the gym continue!
Posted by Liz at 13:33